Adult classes are offered Monday, and Thursday evenings.  We have an early (9:30 am) class on Saturdays as well.  The basic program entitles you to attend any two.  We offer a Tokushin Ryu weapons class at 8:45 am on Saturday.

Kids’ regular classes are held on Monday, Thursday, and Saturday.  The basic program entitles you to attend any two classes. Classes are for all ages and any ability as we all learn from each other.

We are accepting Visa, Mastercard, and American Express.  A fee will be accessed for using credit cards as payment.

$75 per month for the basic program: your choice of any two classes per week.  Special/private classes may be scheduled with Sensei.

$75 per month for the basic program: any two classes per week. If you’re interested in more than two, contact Sensei about other programs.

Please read our Policies page for more information on payment, attendance, and promotions.

Closings: If Waterford schools are closed for inclement weather, the karate school will also be closed. The schools’ status is published on their web site. Contact us if you’re still not sure if we’ll be open. 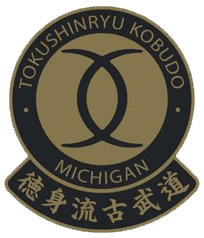 Tokushin Classes are offered every Saturday Morning and often during regular karate training.

We teach a distinctive Kobudo style, Tokushin Ryu founded by Master Tokumura Kensho 10th Dan.  Tokumura San was a student and instructor for Master Shimabuku in Okinawa. After over 20 years of Isshin Ryu then an additional 30 years of Goju Ryu he started his own style of kobudo. Tokumura San was a good friend of many of the Marines that served in Okinawa and was good friends with Master Harold Mitchum.

Sensei Holloway first met Tokumura Sensei in 1999 and found him to be knowledgeable, humble, and noble in his effort to share Okinawan Karate and Kobudo with others. Tokumura Sensei formally introduced his style to the world and began to share his knowledge.

Our Dojo embraced master Tokumura’s noble cause and became one of his Dojos in 2016.  Sensei Holloway was promoted to the rank of Go Dan at that time and spends time with Master Tokumura’s number one student Sensei Jeff Perkins. 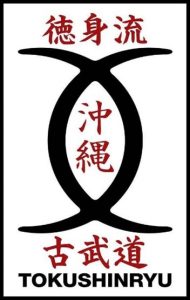 If you're interested in checking out our classes before you sign up, you're welcome to observe. You can even try one week for free.